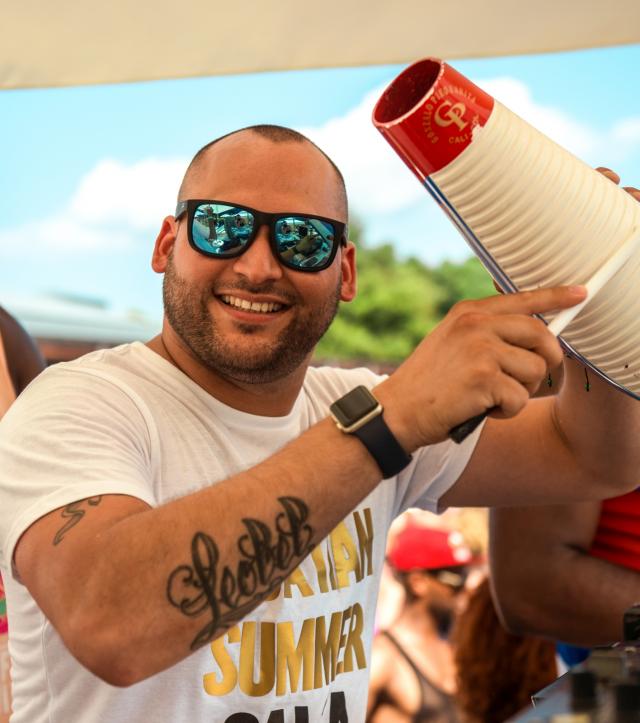 General of sensual tunes playing for you for the whole two weeks in Rovinj. Latin Master in da house!

Leo in salsa scene known as Salsa DJ Latin Master is originally from Curacao (Small Dutch island close to Venezuela, South America). This is where his passion for DJing began, in 1993, by spinning reggae, reggaeton, R&B, ritmo combina and Latin music. In 1998 Latin Master moved to Holland for his studies and a few months later he began his career as a all-round Latin DJ in a small cafe in Amersfoort.

Nowadays DJ Latin Master is recognized as one of the best salsa DJs in Holland. DJ Latin Master spins various styles of music starting from 60's and 70's guaguanco to mambo, Cuban and New York salsa-dura to bachata and kizomba. Besides being a DJ, he is also a dancer, so different from others, he doesn't read the public - he is the public and this way he knows exactly when to play the right tune to create the perfect and unforgettable Latin experience.